Our school registered to take part in the National Simultaneous Storytime again this year. The three Kindergarten classes came to the IRC to listen to and read “The Wrong Book” by Nick Bland at precisely the same time as school libraries and public libraries all over Australia did the same.

Once again the story was brought to life by using an iPad app of the book projected onto the interactive whiteboard. Discussion of the characters and story followed after which students were provided with paper craft activities based on characters in the story. The students remembered the story from last year’s National Simultaneous Storytime, seen when in Prep, and we watched and listened to this book again as well. 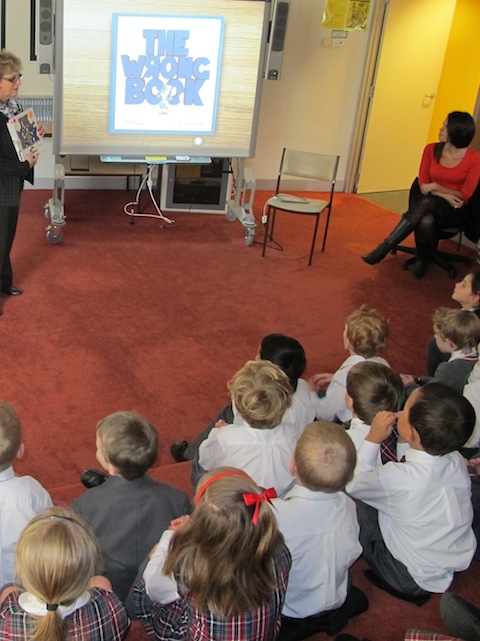