In Australia, on 25 April each year, we commemorate our country’s service in the First World War . At this time we also acknowledge all who have died in defending our country since then and those currently deployed.
This year is the 100 year anniversary and the Gallipoli campaign is remembered in particular as the place where our ‘true nationhood’ was born. The troops from Australia and New Zealand fought this battle for the British and are now known as the ANZACS (Australia New Zealand Army Corps)
Our display in the IRC was useful this week for classes to have reading time in the library and reminded students of the wonderful collection of relevant print materials we have on this topic for K-12.
Today a service was also held in the Sports Centre for the whole school. 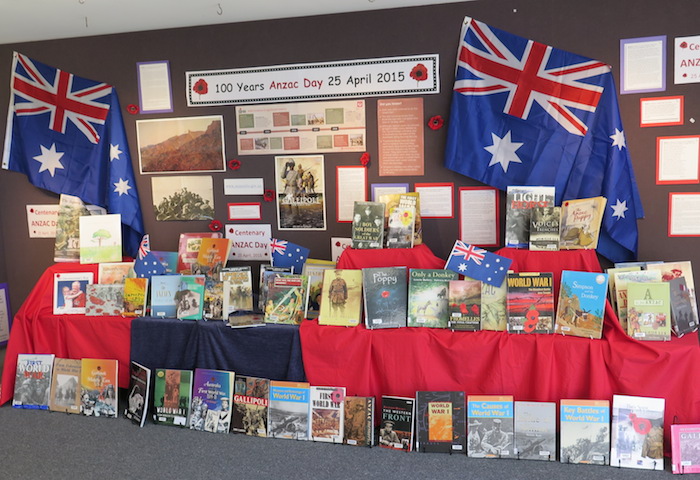 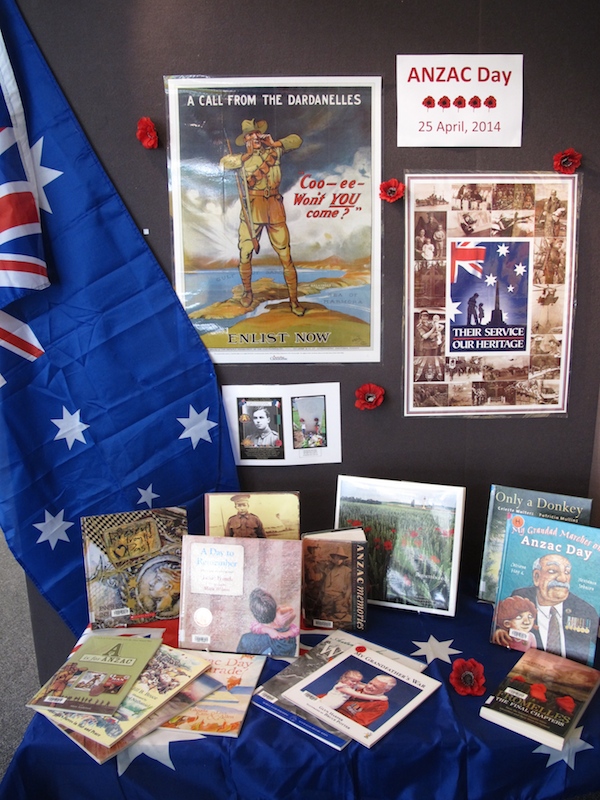 ANZAC Day (25 April) fell in the holidays this year but on the first day back at school – yesterday, 28 April – Year 3 to Year 12 and all teaching staff gathered in the courtyard outside the IRC for a service to remember and thank all who have served our country in times of conflict.

The word was initially used to refer to the cove where the Australians and New Zealanders landed and soon after, to the men themselves. An ANZAC was a man who was at the Landing and who fought at Gallipoli, but later it came to mean any Australian or New Zealand soldier of the First World War. An ANZAC who served at Gallipoli was given an A badge which was attached to his colour patch.   (http://www.awm.gov.au/encyclopedia/anzac/acronym/)

The IRC has a display of just a few of the books from our collection on Gallipoli and the ANZACs for students to browse. (Note the recipe for Anzac Biscuits – these were sent to the troops from the home front and were notorious for “keeping well” for so long!)

The website advertised in the display www.anzacsite.gov.au links to many other online resources from a number of collections. It is the official Australian Government site for ANZAC information. 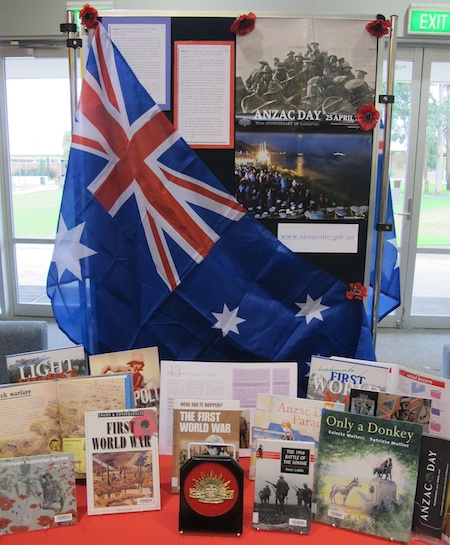