The sheer number of tools available can be overwhelming. Learning a new tool can be a steep learning curve but usually only for a short time before its use becomes indispensable. Every tool has a different purpose and every user has immediate and personal needs. Matching these is what can be difficult.

TeachThought has listed 9 Digital Learning Tools every 21st Century teacher should be able to use. Useful tools come… and are then superseded by something better whilst others stand the test of time. This list is a good place to start – to find readily accessible and practical ways to implement technology and become fluent in its application. 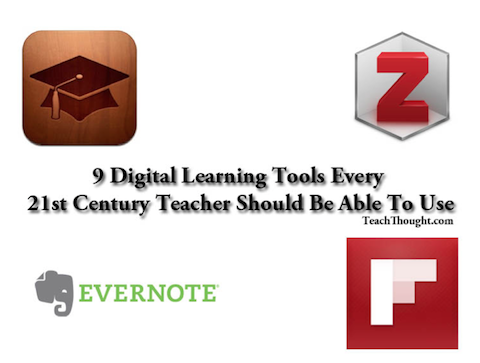 This site presented in book format by Google with illustrations by Christoph Niemann answers a lot of questions about the Internet; the ‘cloud’, browser cookies, phishing, open source and other things that students need to understand.

What’s a cookie? How do I protect myself on the web? And most importantly: What happens if a truck runs over my laptop?
For things you’ve always wanted to know about the web but were afraid to ask 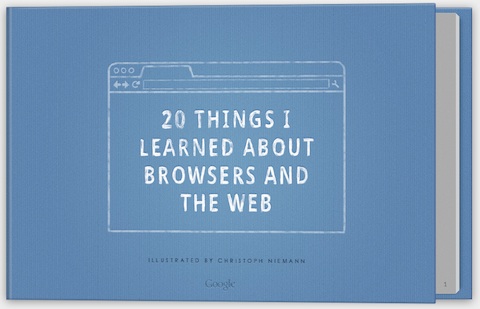 There has been a very noticeable shift for Secondary students to search YouTube for resources. TED, TEDEd, Vimeo and other sources are also searched regularly by our students.

Google Education have provided interactive lessons for Secondary Students to assist in teaching responsible digital citizenship particularly in the use of YouTube or other online resources.

Teacher resources of videos, slides and summaries for each lesson are available. The topics include:

We used to talk about Digital Literacy… Now ‘digital fluency’ goes a step further to include utilising and integrating digital skills into everyday communication, problem solving and learning. How teaching and learning has changed! Now the teacher must also ensure he or she is constantly upskilling to the point of ‘fluency’ then changing pedagogues in order to be relevant.

The Buck Institute for Education (BIE) is dedicated to improving 21st Century teaching and learning throughout the world by creating and disseminating products, practices and knowledge for effective Project Based Learning (PBL).

This skills framework contains definitions for each skill and sets them against the focus for which it needs to be developed. Project based learning has much in common with the Guided Inquiry approach we follow at Broughton and these definitions assist in making some of the 21C skills ‘jargon’ clear as more teachers learn new pedagogues. 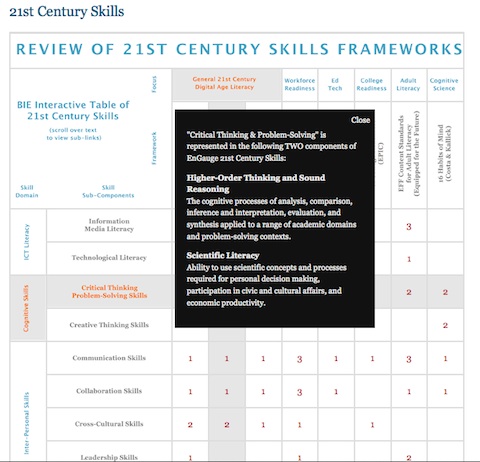 Click on this image to go to an interactive fluency model – a useful refresher for students and a timely reminder about plagiarism, author bias and search strategies. 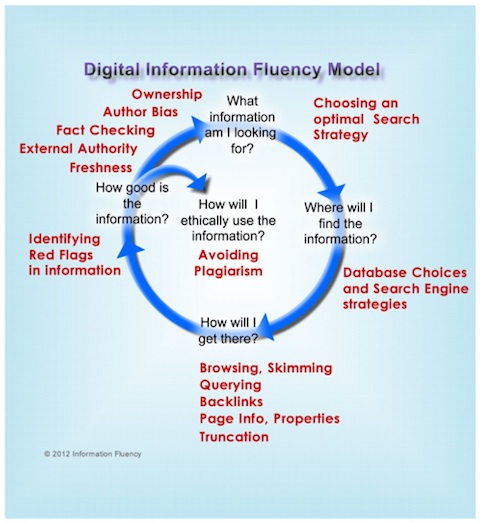 This video, produced using data obtained from an extensive research study of School Libraries in New Jersey led by Dr Ross Todd, describes the situation in school libraries today and the role of Teacher Librarian (called Library Media specialist in the USA)

There is so much to think about and to learn about digital media on the JISC site linked below – and all in one place!
A framework called DiAL-e is described and the best part about this framework is that it:

encourages consideration of context, learners’ roles, content, learning outcomes, activity, feedback and re-usability – focusing on what the learner does with an artefact rather than giving priority to its subject or discipline content.

Eight core learning designs and six core learning spaces are described and then digital media to assist in transforming learning is placed into the equation.

As Australia looks at implementing a new national Curriculum, courses are being developed and programs rewritten it would be a great time for a rethink of how Digital Media can play an important role in encouraging the learner to use their ‘product’. 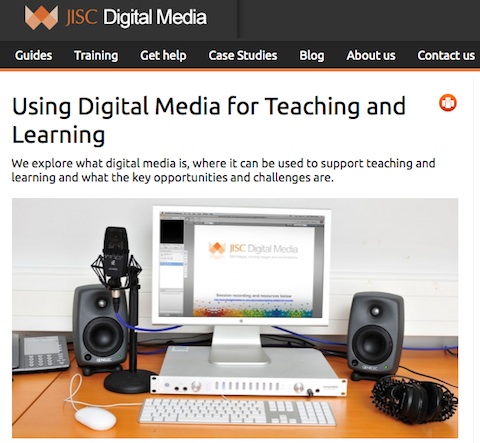 It’s that time of year – end of term evaluation is taking place; evaluation of the products of students’ work, of outcomes achieved, of teaching methodologies…
As we move into the use of technology in the classroom using Apps on hand held devices, how should we be evaluating Apps when we purchase them and before we use and recommend them? This rubric from a post by Tony Vincent on LearningHand is valuable. 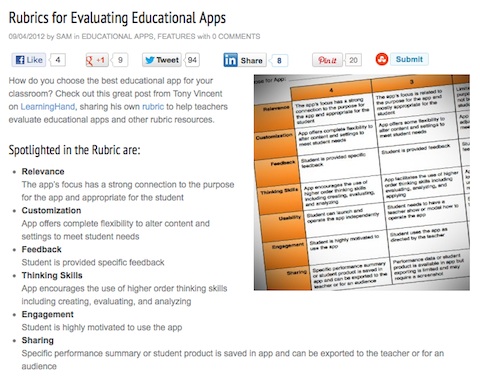 Click here for a collection of image search engines: 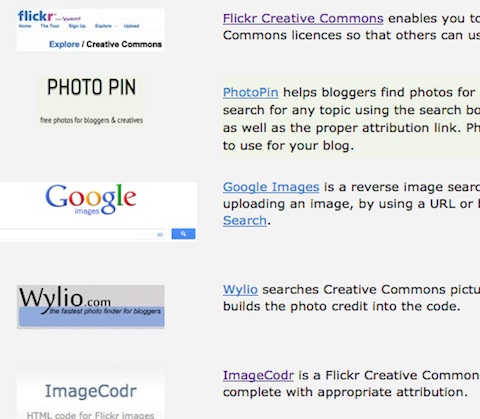 The IRC held a special storytime (“Imagine for a moment”) for the ‘littlies’ at the Spring Fair and we used our latest technology acquisition… a web cam to show picture books!
The iPad Dr Seuss Apps were also in full swing … but there was something special about the real moment of turning pages and the ability to stop and receive comments or discuss pictures from a book – but with the ability to share the story with a large number of children. The mix of technology plus human input made for magical moments. 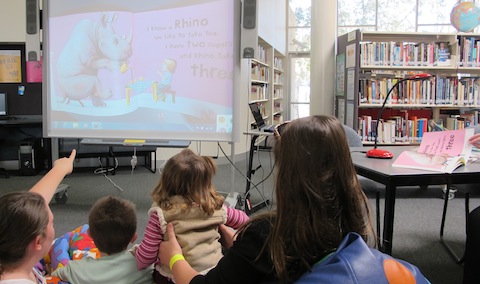 Students from the University of Massachusetts, Amherst present Aesop’s fables in 21st Century style. Students have published two versions – the traditional fable and a modern version of the same. Most are created using Flash – some with sound and interactivity. 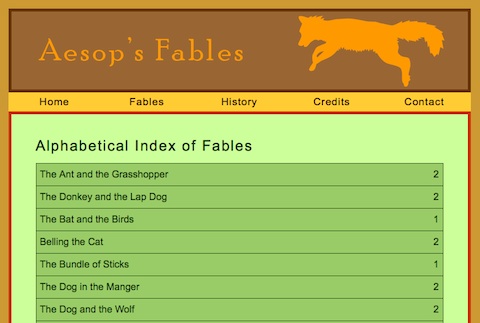 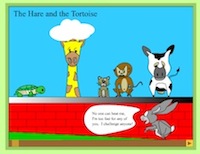 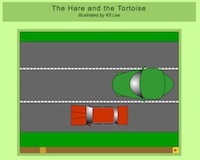 This chart, by the United States Department of Labor Futurework, graphically illustrates where we might be heading over the next thirty years based on the rapid changes in technology today. A conclusion is reached: “Fifty percent of today’s grade school kids will end up at jobs that haven’t been invented yet.” Clearly we must be training students to be creative and inventive.
This is where Guided Inquiry, used at Broughton in many classes, trains students to pose deep, personal questions, discover, select and channel information from many sources to reach conclusions that assist in bringing about change. 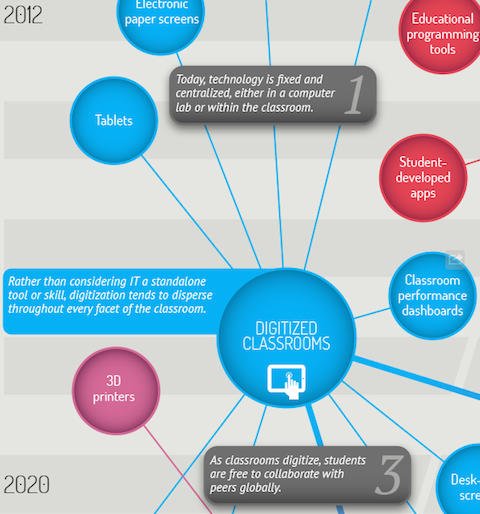 This site clearly and succinctly explains about the use of iCloud for setting up, backing up restoring and updating devices. 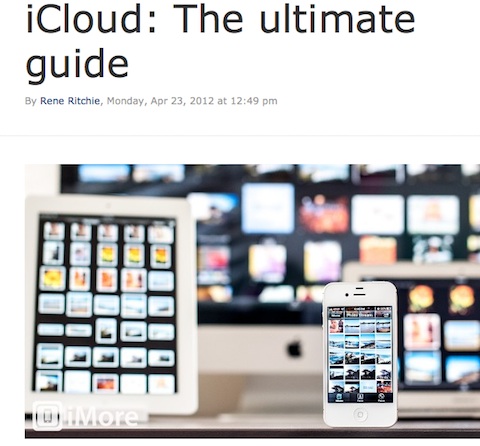